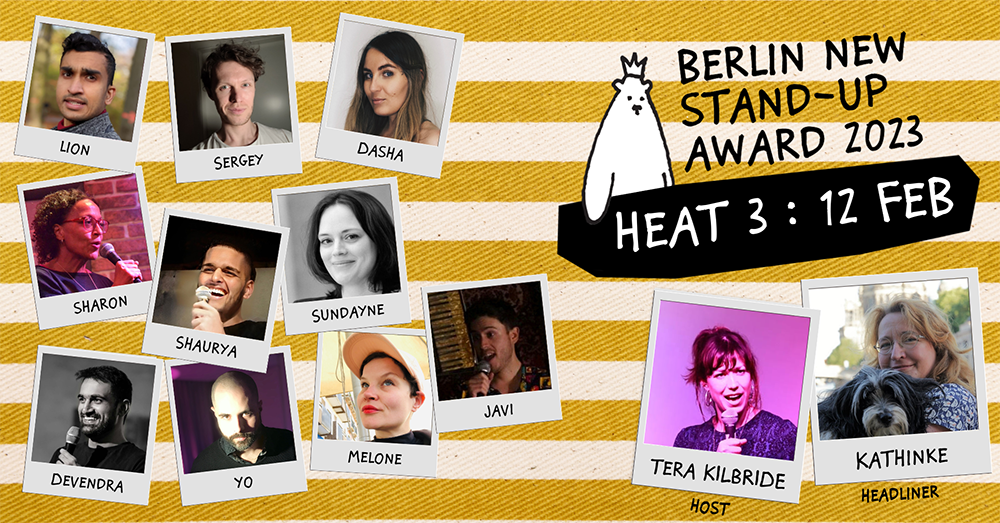 Kathinka followed her dreams, for most of her life – which means she was always poor. Conveniently, she long discovered that dogs are an excellent and much cheaper substitute for having children, which saved her a ton of money. She recently turned 50 and came across another discovery: that being middle aged is actually awesome! Her careers include a media job, a job in tourism and since last November a regular job in an office, where most of her colleagues are called Wolfgang and don’t like smartphones. To her great surprise, they no longer used a fax machine. She started stand-up just before the pandemic, which shows her unerring lack of timing.

Tera’s an American professional international stand up comedian, host and producer living in Berlin. Don´t be fooled by her casual and friendly demeanor, Tera is a highly trained professional with over 25 years of stage experience! She’s performed in Amsterdam, Barcelona, and the continental United States.
Her content tackles mental health, sex and dating, current dark times, and being an expat in Germany.
She produces Hot and Bothered: Comedy and Burlesque, GLOW, This Could Get Awkward + other shows. DM for bookings.
IG: terakilbridecomedy
FB: Tera Kilbride Comedy
“Intensely combustible, ebullient and riotously complex. Something for everyone.” Minnesota playlist
“Tera Kilbride, takes on late-stage capitalism … dystopia” City Pages, Minneapolis