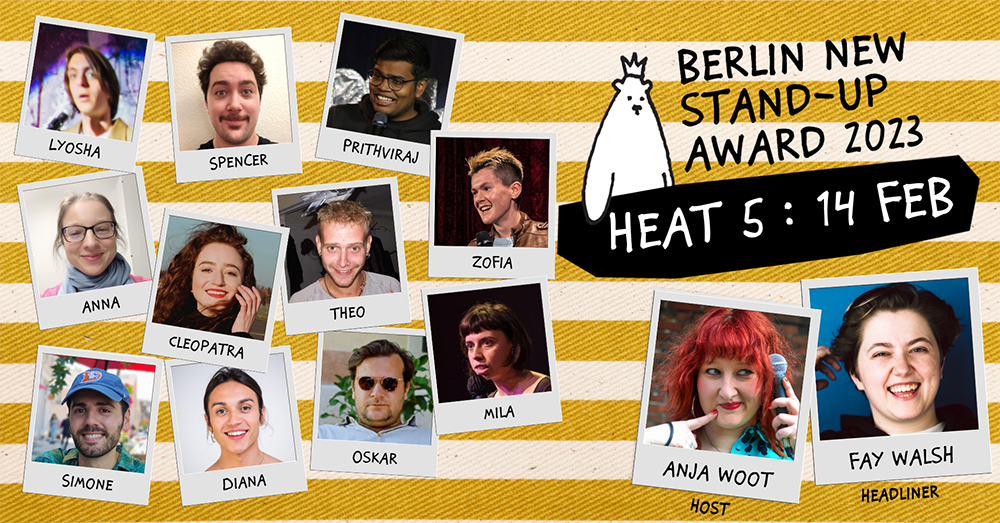 Fay is a comedian who performs regularly in English and German. She has written for and starred on Comedy Central Germany and runs her own weekly show “Happy-Go-Lucky Show”. Fay is 27 and grew up in both England and Berlin. What’s that? She grew up in Berlin and has an English accent. How lucky can one person get? Apart from being lucky, she is a funny, feminist, and football enthusiast and is ready to bring the laughs.

Anja Woot was cultivated and harvested in Slovenia. She loves to tell personal, intimate stories mixed with an overdose of weirdness, unanticipated twists and a quirky sense of humour that keeps you captivated with laughter and questions like “But why?!”.
Her comedy has often been described as “ahahaha”, “so good, the best” and “please get off the stage, this is a strip club”.
Anja was one of the finalists of the first Berlin New Stand-Up Award. She didn’t win, but neither did you, so shut up.
Instagram: anja.woot, queenbeescomedy