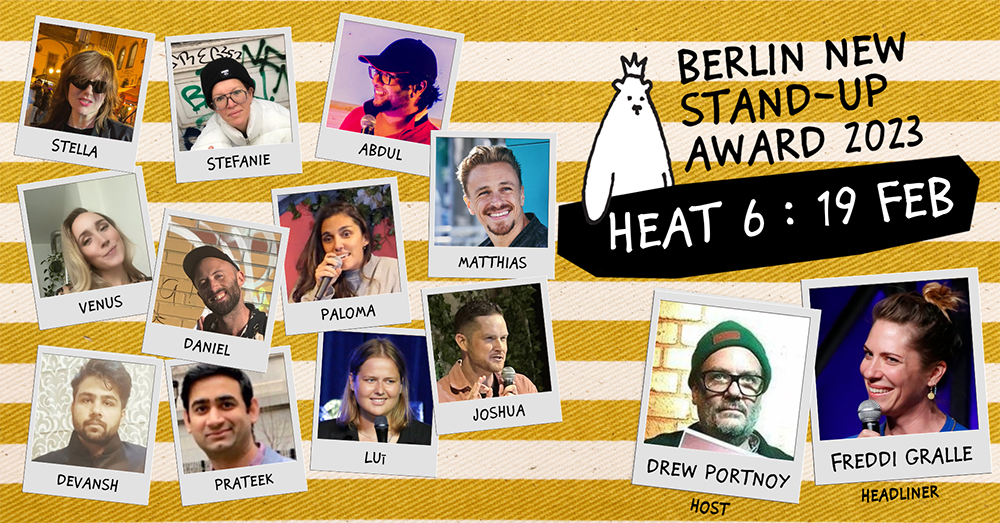 As a German pastor’s daughter, the first stages Freddi Gralle spent much time on were those in church. Now that she is doing comedy, being judgmental comes in very handy.

Freddi is frighteningly confident and self-deprecating at the same time. Her comedy embraces the existential crises around God, sex, and the challenge of making Germans laugh. Freddi has performed all over Germany, in the US, AT, CZ, F and appeared on Germany’s Comedy Central, Nightwash and SKY One. She is also a tv writer for the Late Night Show “Shapira! Shapira!”.

Drew Portnoy (USA)
Andrew Bulkeley moved to Berlin nearly 20 years ago and still isn’t sure he wants to stay. He uses his dry wit to recount his love affair with Germany’s capital and the scars (and children) it’s left him. He performs in both German and English.
https://www.facebook.com/drew.bulkeley/