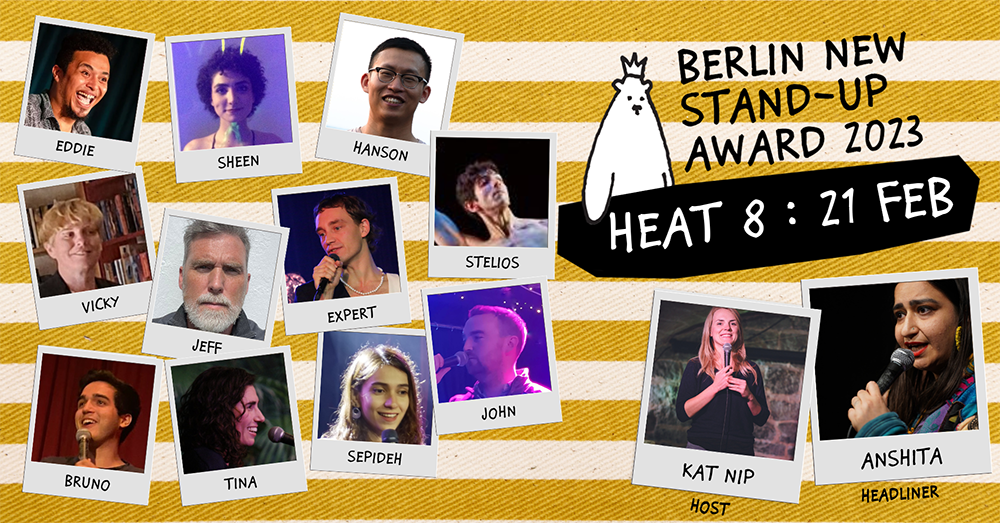 Anshita Koul is a Berlin based standup comedian from India. The co-founder of Clit Comedy Club and Festrogen Comedy Festival Luxembourg, Anshita was seen on Indian Reality TV show Queens of Comedy 2017, Funny Women Stage Awards 2022 Finals in UK. Anshita is currently touring with her solo WIP Little Too Much and has performed the show and parts of it in 18+ cities including Edinburgh Fringe 22, Tallinn Fringe 22 and the backyard of a rich Flemish man.

Kat is a comedian and a catholic-turned-alcoholic from Poland whose main hobbies include alcohol ‘research’, chain-smoking filterless Lucky Strikes and grooming younger, preferably ginger, men.
Kat’s performed all around the world, from Quatsch Comedy Berlin to Cape Town and Bangkok Comedy Club. She hosts and produces a variety of shows in Berlin.
She was part of the writing team for Comedy Central DE (“Was ich eigentlich sagen wollte”, 2021), Comedy Central PL (“Mini-Mocks”, 2022), in which she also acted. Also featured on ARTE TV and Buzzfeed.
Instagram – www.Instagram.com/katnippresents
TikTok – www.tiktok.com/katnippresents